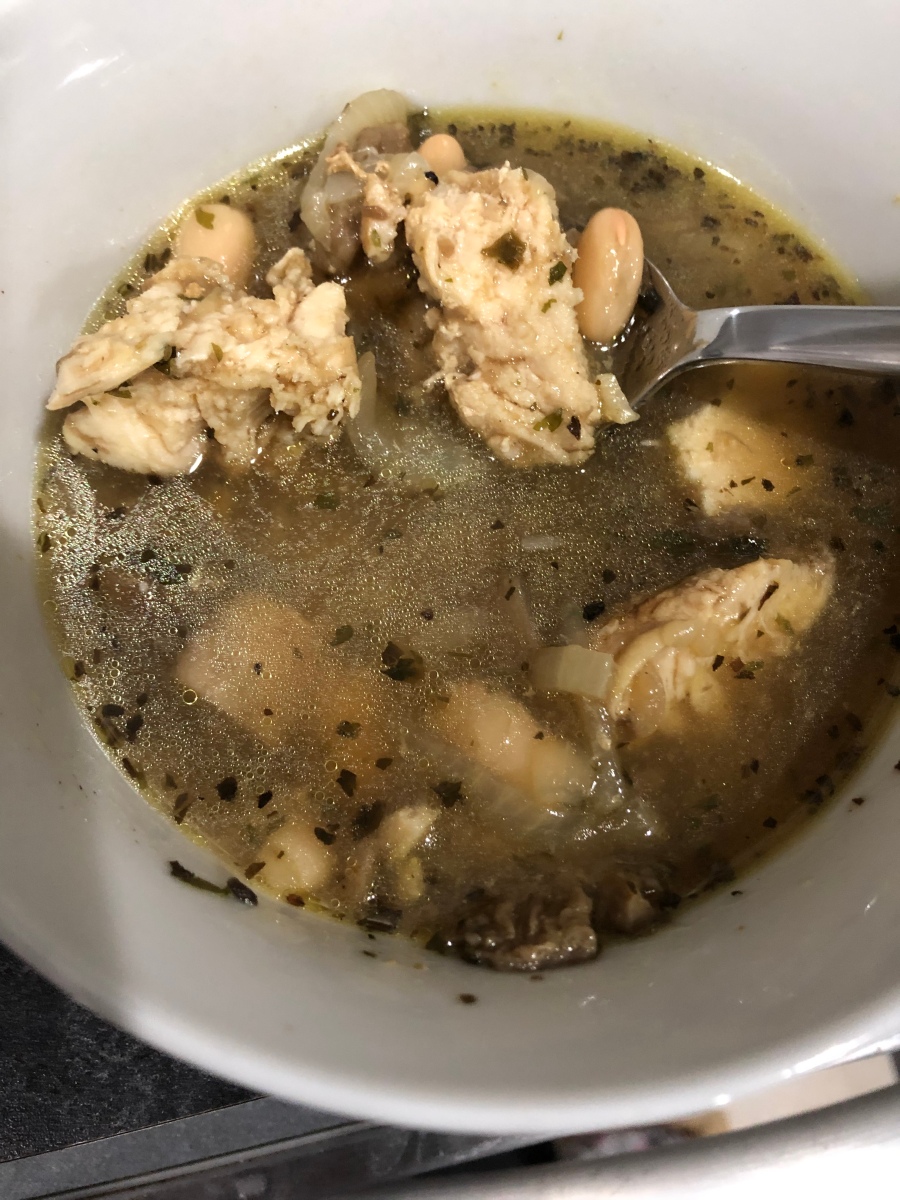 I love to read other people’s recipes.  Then I make said recipe, using what I have and like.

I was alone here for the first weekend of January.  I decided to try this soup, and I am so glad I did!

I sliced up an onion (we only have sweet onions here).  I minced a garlic clove.  I set the Instant Pot for Saute, and added some light olive oil. I ‘dumped’ the onions and garlic in the Instant Pot.  I cooked them until the onions were golden brown.  I put the whole chicken breast in, and turned it to make sure both sides were well cooked.  I added 4 cups of water and 2 Tablespoons plus one teaspoon of Better Than Bouillon Chicken base, and added some dried basil and dried parsley.  A whole bag of Trader Joe’s Mushroom Medley joined the party.  Placing the cover on, I set to cook for 5 minutes, high pressure.

While that was heating, I drained and rinsed a can of white canellini beans.  When the chicken was cooked, I took the chicken out and put the beans in the pot.

Other people’s recipes called for shredding the chicken.  SpecialK doesn’t like shredded chicken so I cut the chicken into cubes.

The chicken was barely pink in the middle, so I tossed the cubes back in the pot.  Mingling in the piping hot broth cured the chicken of any pink-ness. 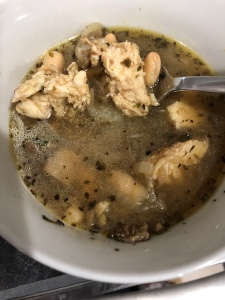 I ladled up a bowl, and it was so good!  To confuse the issue, I added a spoonful of light sour cream.  Oh yeah, dinner was served.

For Kosher, use kosher chicken stock and leave out sour cream.

For vegetarian, use the Better Than Bouillon Vegetable Base, omit chicken and add another can of beans.

For all others, customize to your tastes!

Follow Two From Natick Live Healthy on WordPress.com
Two From Natick is a participant in the Amazon Services LLC Associates Program, an affiliate advertising program designed to provide a means for sites to earn advertising fees by advertising and linking to Amazon.com
%d bloggers like this: